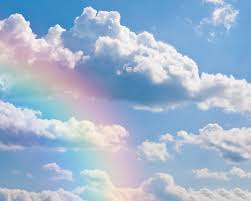 George “Skip” Cunnington, of Milford, CT, and formerly of Palo Alto, CA, beloved husband of Gillian “Jill” Hays Cunnington, passed away on September 9, 2021 at his home in Milford after a long struggle with Parkinson’s Disease.

Born on December 22, 1929 in Akron, Ohio, the only child of the late George R. Cunnington and Amy (Sundvahl) Cunnington, George, nicknamed “Skip” within the family, graduated from St. John’s Northwestern Military Academy in Delafield, Wisconsin, earned a BS Degree in Mechanical Engineering from Northwestern University, and later received his PhD in Mechanical Engineering from the University of California at Berkeley.

George enjoyed a long and distinguished career in the field of mechanical and aerospace engineering, including 26 years as a research scientist with Lockheed Missiles and Space Research Labs in Palo Alto. George was a heat transfer expert, a world-renowned authority on heat transfer in insulation systems for aerospace vehicles. He developed, tested, and analyzed various aerospace insulation systems for NASA and Department of Defense flight vehicles, and authored at least 66 technical papers. He contributed significantly to the development of reusable surface insulation, such as the Space Shuttle tiles. George was the 2016 recipient of the prestigious American Institute of Aeronautics and Astronautics Thermophysics Award, an annual award presented for an outstanding singular or sustained technical or scientific contribution by an individual in thermophysics, which honored his “lifelong contributions to the development of thermal protection systems, multi-layer cryogenic insulation systems, and radiative heat transfer analysis techniques.”

Following his marriage to Jill in 1997, George was the patriarch of a large, blended family of 7 children, 13 grandchildren, 5 great grandchildren, and 4 Jack Russell Terriers, all of whom were a central part of George’s life. In addition, George became part of a large extended English family, headed by “MM”, Jill’s mother, and including Jill’s 4 sisters and 1 brother, and their families. George loved to travel, and until Parkinsons robbed him of this ability, he and Jill made frequent trips within the U.S. and to Mexico, Hawaii and Europe, including twice-a-year visits to England to see his adopted English family, especially “MM”, until her death in 2013.

Memories of George will be cherished and kept alive by Jill, his beloved wife of 24 years; by his 7 children (and spouses): Rick (and Sandi), Brad (and Patty), Kitty, Rachel (and Brian), Beth (and Laurent), Degge, and Toph; by his 13 grandchildren (and spouses): Mari (and Andrew), Lisa (and Jon), Megan, Robert, Buddy, Tyler, Ali, Brian, Aggie, Jack, Jamie, Olivia, and Anabel; by his 5 great grandchildren: Jacob, Sophia, Madeline, Jane, and Josephine; by his English siblings-in-law (and spouses): Anne, Dave (and Kirstie), Liv (and Ol), Alice, Clare (and Lou), and their children and grandchildren; by his 4 nieces-by-marriage, JoEllen, Mary Sue, Betsy, and Patty; by his many friends and former colleagues; and by his fiercely protective dog, Millie, the last-in-line of George’s and Jill’s beloved Jack Russell Terriers.

George was predeceased by his first wife, Connie (Bargen) Cunnington the mother of Rick, Brad and Kitty, and by his second wife, Mary Ann Fisherkeller, the aunt of JoEllen, Mary Sue, Betsy and Patty.

George’s family would like to thank the many people who participated in caring for George in his last years and who enabled Jill to fulfill her promise to George that he would remain at home until the end of his life, especially: Reverend Julie Kelsey, Assisting Priest St. Peter’s Episcopal Church in Milford; Yungah Lee, MD of Northeast Medical Group Geriatric Home Based Primary Care; Amar Patel, MD of Yale Medicine Neurology; all the staff at Vitas Hospice especially Fran and Richard; and last but certainly not least Mimode LaLanne, home care aide from Caring People, whose unexpected entry into George’s life as he began his final weeks in hospice did indeed prove to be a godsend.

A funeral service will be held for George on Saturday, October 23, 2021 at St. Peter’s Episcopal Church, 71 River Street, Milford, CT at 4:00pm followed by a gathering of family and friends at the family home.

In lieu of flowers, contributions may be made to The Parkinson’s Foundation (www.parkinson.org) in George’s memory.