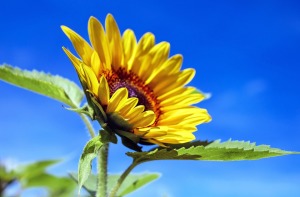 Gladys Irene Moyer Musante passed away peacefully on September 16, 2021 at the age of 96.

Gladys was born to Aurel John Moyer and Marion Rebecca Stahler Moyer on July 22, 1925.  She was born and raised in Allentown, Pennsylvania.  She spent a lot of time on her grandparents’ farm growing up.  She would collect eggs, clean and grade them with her sister Dolly.  Although she was afraid of the horses at first when she was little, she became quite fond of the animals on the farm, including the cats and kittens they had living in the barn.

After losing her mother at the young age of ten, Gladys spent time with her Aunt Dottie who studied botany.  They searched for various plants in the woods to study.  Gladys developed a passion for plants and flowers, one that endured her entire life.  Butterflies too became closely associated with Gladys.

Her father later remarried and Gladys welcomed a young stepsister, Blanche who she loved very much. She recalled playing mother to “Blanchie.” Gladys had a unique and enjoyable childhood and was very close to her sisters and friends.  She had a bicycle gang with their friends called the “Seven We’s.”  In high school she rode the trolly to school and into the city to shop and go to the movies on weekends.  She enjoyed vacations at her Aunt Jenny’s cottage in Maryland where she and her cousins enjoyed swimming and Aunt Jenny’s boat.

After high school, Gladys attended Kutztown State Teacher’s College. During her second year there, fate stepped in. The U.S. Air Force briefly ran their cadet program at the Kutztown College campus.  Gladys stayed at the school during Christmas vacation to work in the dining room.  One day, while wiping down tables when she was approached by an Air Force cadet, Leo Musante, who volunteered to help her.  Leo commented on her lovely yellow sweater.  A year later they were engaged and the rest is history.  Sixty-four years of marriage (until Leo’s passing), 5 children, 12 grandchildren, 12 great grandchildren and 1 great, great grandchild later, Gladys and Leo were the center of a large loving family.

Gladys always enjoyed spending time with her children and grandchildren.  Sunday dinners at Grandma’s house were always enjoyed. Trips to Beardsley Zoo and hikes up Sleeping Giant Mountain and Kent Falls were also regular traditions.  Sleepovers with the grandchildren, thousands of board games played and time spent in Grandma’s backyard created many fond memories for all.  Over the years, many family members moved away but they were always “close” to Grandma no matter how far away they lived. Gladys never forgot a birthday, anniversary or even someone’s favorite meal and regularly reached out to her loving family.

Gladys shared with her family an old German saying: “Simple people have happy lives. It’s clear: you have to decide what’s important.” Gladys truly cut her life around this quote.  She always appreciated and commented on the little things.  From the sunshine to the pretty trees, even particular vegetables in her salad.  She set an example for her family to embrace the little things, including simple moments of togetherness.

In accordance with Gladys’s wishes, services and burial will be private.  The family is being cared for by the staff at CODY-WHITE FUNERAL HOME, 107 BROAD ST., MILFORD, CT. In Lieu of flowers, memorial contributions may be made to a favorite animal shelter of choice.

A Memorial Tree was planted for Gladys

Join in honoring their life - plant a memorial tree