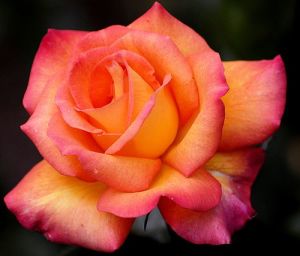 Due to the recent outbreak, Marlene's family has come to the decision to postpone her services until further notice. During this difficult time, friends are invited to reach out to Bob and the rest of Marlene's family for support. Thank you for your understanding.

Marlene M. Givens, 88, of Milford, beloved wife of Robert Givens, passed away peacefully on February 27, 2020. Marlene was born on November 12, 1931 in McDonald, PA to the late Henry and Margaret Madgwick.

Marlene graduated from Avalon High School (Pittsburgh PA), and attended Robert Morris Business School.  In 1952, she married her high school sweetheart, Bob, and they began their lives together in Avalon. In the early years of their 67-year marriage, Marlene and Bob lived in Oklahoma, Alabama and Ohio before they settled and raised their family in Milford in 1961.

Marlene was a long-standing employee in Milford Public Schools, a familiar face to many students in the MHS office and later, at Foran High School. Marlene loved all things creative, especially gardening, quilting, baking and handicrafts. After retirement, she enjoyed playing in the women’s golf league at The Orchards and volunteering at Milford Hospital. Marlene and Bob enjoyed many trips abroad with her sister and brother-in-law, Peggy and Bill King.

In addition to her husband Bob, she is survived by three daughters: Sharon Nordstrom, Carol Mack (William), Susan Givens (Mark Freemesser) and six grandchildren: Blake, Alison, Kerry and Eric Nordstrom, Gordon Mack and Lucien Freemesser. She is also survived by her sister Peggy King (Bill), two nephews, and an aunt, Ruth Madgwick. She was predeceased by her sister Jeanette Madgwick.

In lieu of flowers, donations in Marlene’s memory can be made to the Milford Public Library, 57 New Haven Ave, Milford, CT 06460 or the charity of your choice.