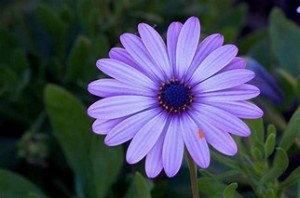 It is with great sadness that the family of Mary Ellen Lynch announces her passing on March 24, 2020 after a long hard fought battle with leukemia. She was 60 years old.

Mary Ellen was born in Three Bridges, New Jersey on September 17, 1959 to Elmer and Mary Sutphen. In 1965, at the age of six, Mary Ellen moved to Milford, Connecticut with her family. She attended Milford Public Schools and graduated from Milford High School in 1977. She continued her studies at Mount Ida College in Newton, Massachusetts where she majored in Graphic Arts and Design, graduating in 1979.

Mary Ellen’s move to Connecticut was serendipitous; as it was there that she met her high school sweetheart, Richard Lynch. The two would eventually marry on February 7, 1981. Following a brief residency in Albany, New York, Mary Ellen and Richard moved back to Connecticut in 1984, where they celebrated the birth of their first of three sons and eventually settled in Branford.

Though Mary Ellen held jobs in various industries, from printing to hospitality, she found her true calling as a mother. She raised three boys, Ryan, Kyle and Griffin; and guided them into becoming strong and independent men. Her selfless devotion to her family and the fulfillment she found in nurturing young people led her to pursue a career in childcare.

Mary Ellen is survived by her husband of 39 years, Richard Lynch; her three sons, Ryan, Kyle and Griffin; and her sister, Barbara Kingston. Mary Ellen will forever be remembered by her numerous nieces, nephews and extended family as a talented, considerate and loving woman who always put others before herself.